I have been looking for a new fantasy series to begin and Paul Cude who has been featured with his books here in the early years has a terrific Dragon themed saga that I have just begun to read. A Threat from the Past (The White Dragon Saga)

Can you be heroic and naive?

For one young man, the answer is yes, despite his magical birthright.

Blissfully unaware of what’s going on around him, for the most part Peter remains fully focused on blending in and keeping a low profile. But fate and plain bad luck have other designs on him. Not so bad, you might think. Until you discover the TRUTH! Just like his friends, he is a… DRAGON!

Thrust into a life away from the underground dragon domain, disguised in a new, awkward human form in an effort to guide and protect humanity just like the rest of his race, all he has to do is uncover the diabolical deeds playing out around him. With the help of his two young friends, a master mantra maker and a complete dragon stranger with more than a little history attached to him, will Peter manage to thwart the dark, devious scheme long in the planning?

Smorgasbord Book Reviews -#Fantasy – A Threat from the Past (The White Dragon Saga) by Paul Cude was originally published on DEEZ – News about Art, Books & more My 1st published book… I shared my story because I promised myself to help other women! 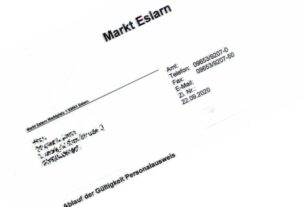