Delighted to share the news of the latest release by Sandra Cox.. the paranormal western Mateo’s Blood Brother a sequel to Mateo’s Law. On pre-order for April 22nd.

They were friends, close as brothers. Then they weren’t.

Mateo and Jesse are cautiously working their way back to friendship when Jesse discovers the unthinkable. Delilah, the sultry shifter who’d had affairs with both men, is still alive. The tumble she took over a mountain ridge—a fall that nearly killed Mateo—should have finished her.

Now, there’s no choice but for the two men to work together to take down a she-devil straight from hell. As the stakes escalate and the hunt becomes more intense, another wolf appears on the scene. Always where Jesse’s at. Always when he’s in trouble. Jesse is divided between ending Delilah, a new love interest, discovering the identity of a certain brown wolf and staying alive.

Head over to pre-order the book for April 22nd: Amazon US – And: Amazon UK

A small selection of Sandra’s books

One of the many reviews for Mateo’s Law

D.L. Finn 5.0 out of 5 stars I hope more stories are coming with these characters!  Reviewed in the United States on May 5, 2020
Read more … 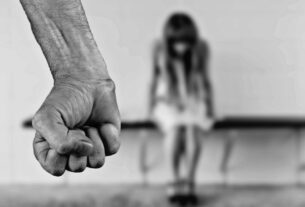